Showing posts from March, 2012
Show all

March 21, 2012
I came from the world of literary criticism.  Much of my original training was learning to read "texts" critically.  I studied the myriad schools and theories of criticism and, in that time, took them quite seriously. With time, one gains perspective--being away from the fire of that intense intellectual crucible allows one the calm and cool use of reason in examining the claims of the various schools.  What I have come to conclude is that literary criticism is an elaborate and sometimes excruciating act of collaborative fiction.  Perhaps that isn't quite the right description--it is a fictional riff on an extant work--a reworking of the elements of the novel, poem, short story, or plan in the fashion of the critic rather than in the fashion of the artist.  It is both less and more than a secondary source.  At times it comes to resemble parody more than it does any analytic work. Why do I refer to it as fiction?  A person (not the author) reads the work and creates fr
2 comments
Read more

The Man from Primrose Lane--James Renner 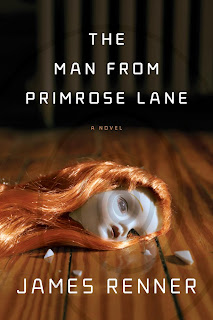 James Renner has produced a couple of books of nonfiction before this, his first novel.  His skill is evident and the novel--a result, at least partially of his own wide reading and his own interest in crime writing is stunning. For the first two thirds of the book we follow the story of David Neff, a writer for an indie newspaper, whose passion for the truth manifests in the investigation of a series of murders that had taken place several years previously in his native Northern Ohio.  (As a side note, it was a pleasure to read of towns and places that I know of but few have ever heard of--Ravenna, Canton, along with Akron, Kent, and Cleveland).  His researches lead directly to the trial of an additional perpetrator and may have indirectly precipitated his wife's death. With the exception of two very odd interludes that presage the third section of the novel, all of this is told in a very straightforward, if fun, time hopping sort of way, with the recounting of a story pro
3 comments
Read more
More posts