Showing posts from August, 2011
Show all

August 26, 2011
Saying so long to Irene with a sigh of relief and a prayer for those in the path--especially family members and Jane A poem
1 comment
Read more

August 22, 2011
Ready Player One is light science fiction romp through the pop culture--movies, games, and music of the 1980's.  It seems that in the post energy crisis world, the only way to get away from the poverty and nastiness that is living in the "stacks"  (think trailer park piled vertically) is to slip into the OASIS--an immersive virtual reality experience that is the place most kids get their education.  Our hero, 18 at the start of the story is about to graduate virutal high school and spends most of his life wrapped up in the realities created by the OASIS mastermind. But the mastermind has died and he has left behind a fortune to go to the lucky gamer who can find the "easter egg" embedded in his most elaborate game.  The world is full of skilled gamers, all of whom work toward the prize.  And among these gamers are a group of corporate stooges who want to seize the OASIS and start charging a monthly fee for its use--a fee most present users can't afford to
Post a Comment
Read more

August 22, 2011
Hammered is the third in the Iron Druid series, and as with others in the series presents a lively fast-paced story featuring everyone's favorite druid, his disciple, a vampire, a wereworld, and the Russian Thunder-god.  Yep--Russian thunder God, along with the Finnish national hero and several others. The story this time around.  Well, there was this werewolf and this vampire see and they had a thing about the Norse Thunder god and wanted to get back at him for having been wronged so very many years ago so they got together with this druid who rode on the back of the squirrel that runs up and down the world tree. . . No, you just have to read it.  A light, bright, quick afternoon indulgence. ****
Post a Comment
Read more

August 17, 2011
A Week in Boston--and it appears I am in luck.  The Isabel Stewart Gardner museum has extended hours on the third Thursday of each Month, so I may be able to get there this trip.  We're heading out for the Boston Museum of Fine Arts after work this evening.
1 comment
Read more 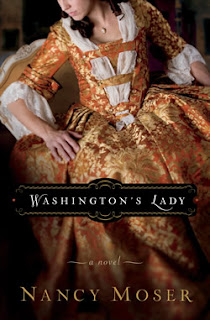 I must start by admitting a terrible prejudice.  I came to this book half in dread--part of which was caused by the cover--which, as you can see bears the mark of a period romance.  And I suppose that there is that element of the book as we shall discover.  But a further, and far more terrible strike against it (in my fevered imagination) is its publisher Bethany House--renowned as a Christian press and purveyor of the most vapid and terrible fiction imaginable--all in the name of Christian art. Well, yes, I did read one bad book from Bethany House before I picked up this one.  And yes, it was so terrible that I picked this one up three times before I committed to it.  But the subject matter of this one was so compelling, so utterly interesting and involving, that I was compelled to pick it up.  No matter how terrible, no matter how fierce-bad, I had to read it because it is about one of those fascinating figure in history--half hidden and fully revealed--a person about whom there i
2 comments
Read more

August 02, 2011
This month's free book promises to be quite interesting: Spiral Jetta: A Road Trip through the Land Art of the America West Eric Hogan I stopped at one tourist attraction, Hole n” the Rock, about fifteen miles south of Moab. Though its curious punctuation might suggest that it boasts both a hole and a rock, the site is actually a hole in a rock, excavated by its owner in the 1940s and 1950s. Albert Christensen—painter, sculptor, taxidermist—sandblasted and carved his way into the rock, eventually building a five-thousand-square-foot home for himself, his wife Gladys, her doll collection, and his taxidermy menagerie. It took him twelve years, from 1945 to 1957, to move about fifty thousand cubic feet of sandstone for their cozy lair. The result is an appealing—albeit dark—suite of rooms that stay cool during the summer and warm during the winter. Albert also found the time to carve the smiling face of fdr into the side of their home (visible in the photo, outlined in white benea
1 comment
Read more
More posts